The map is interactive: if you press on the icons on the first page you will get detailed explanation of the topic. But it works only in pdf.

You could download pdf with working links here: http://immortality-roadmap.com/nukerisk3bookmarks.pdf

Or you may read a presentation here: http://www.slideshare.net/avturchin/global-catastrophic-risks-connected-with-nuclear-weapons-and-energy

I would like to get a feedback about this new map type: Is it helping readability and understanding? Does it look more rational and convincing?

I include here jpg-screenshorts of the pdf, but working links are only in pdf. 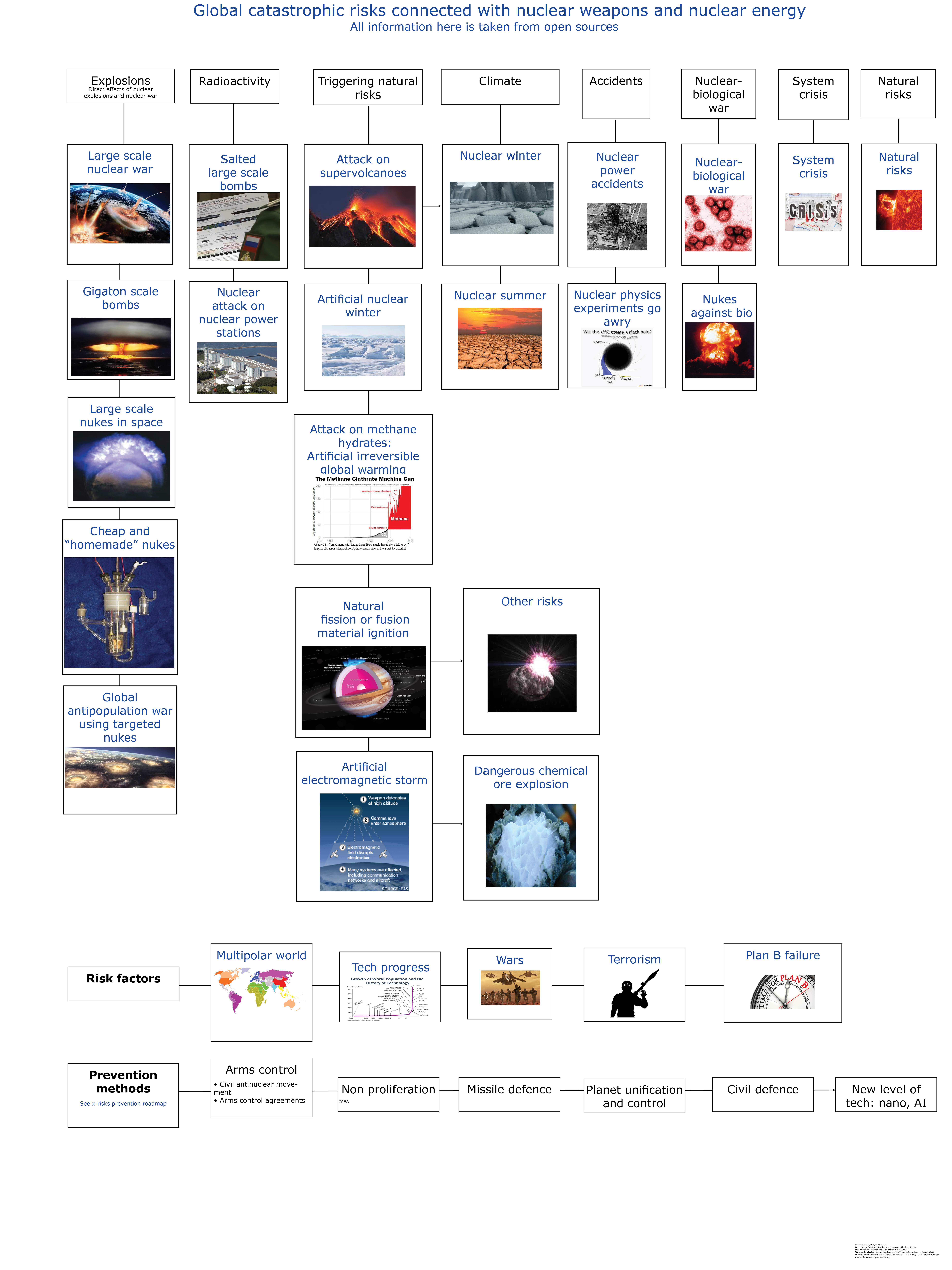