A couple of years back I stumbled across this diagram on reddit. Since then I've kept a list of all illogical arguments, quackery, irrational ideas and similar nonsense, to pass the time. The count as of today stands at 1229 irrational ideas (a few could be debated perhaps). Hopefully you'll have a laugh or two! Any additions let me know!

And the original diagram: 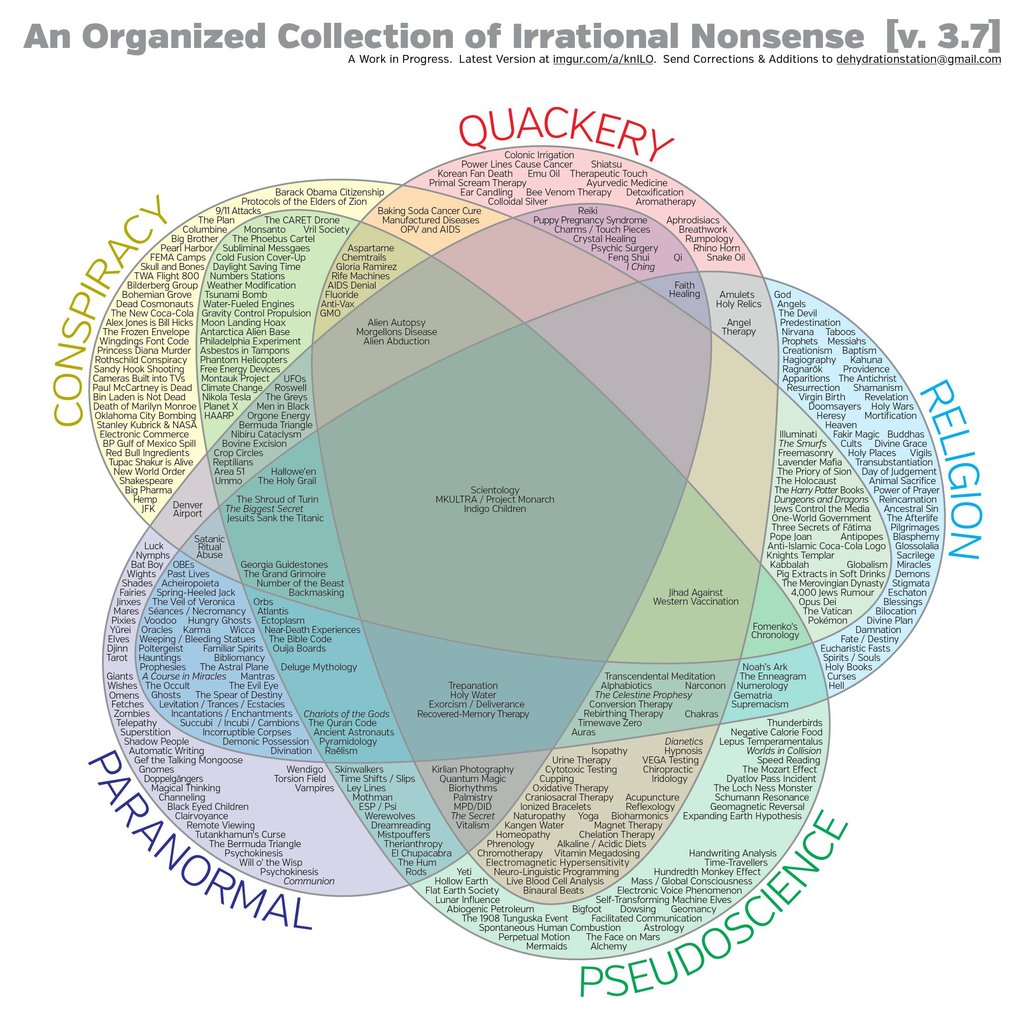