Existential risks are the risks of human extinction. A global catastrophe will happen most likely because of the new technologies such as biotech, nanotech, and AI, along with several other risks: runaway global warming, and nuclear war. Sir Martin Rees estimates these risks to have a fifty percent probability in the 21st century.

We must raise the awareness of impending doom and make the first ever street action against the possibility of human extinction. Our efforts could help to prevent these global catastrophes from taking place. I suggest we meet in Union square, San Francisco, September 27, 2014 at 2:00 PM in order to make a short and intense photo session with the following slogans:

AI must be Friendly!

These slogans will be printed in advance, but more banners are welcome. I have previous experience with organizing actions for immortality and funding of life extension near Googleplex, the White house in DC, and Burning Man, and I know this street action, taking place on September 27th,  is both legal and a fun way to express our points of view.

Update: Photos from the action. 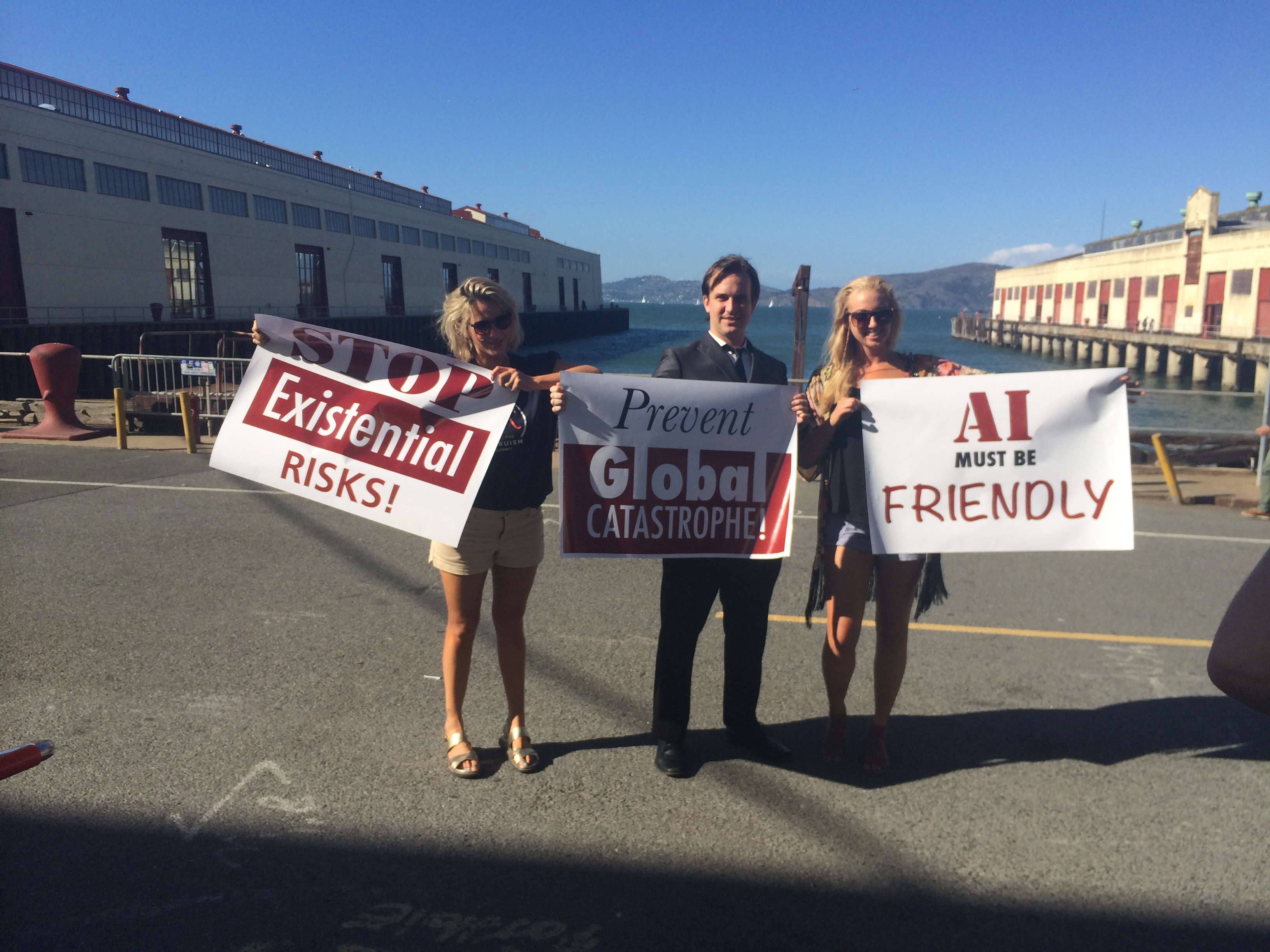 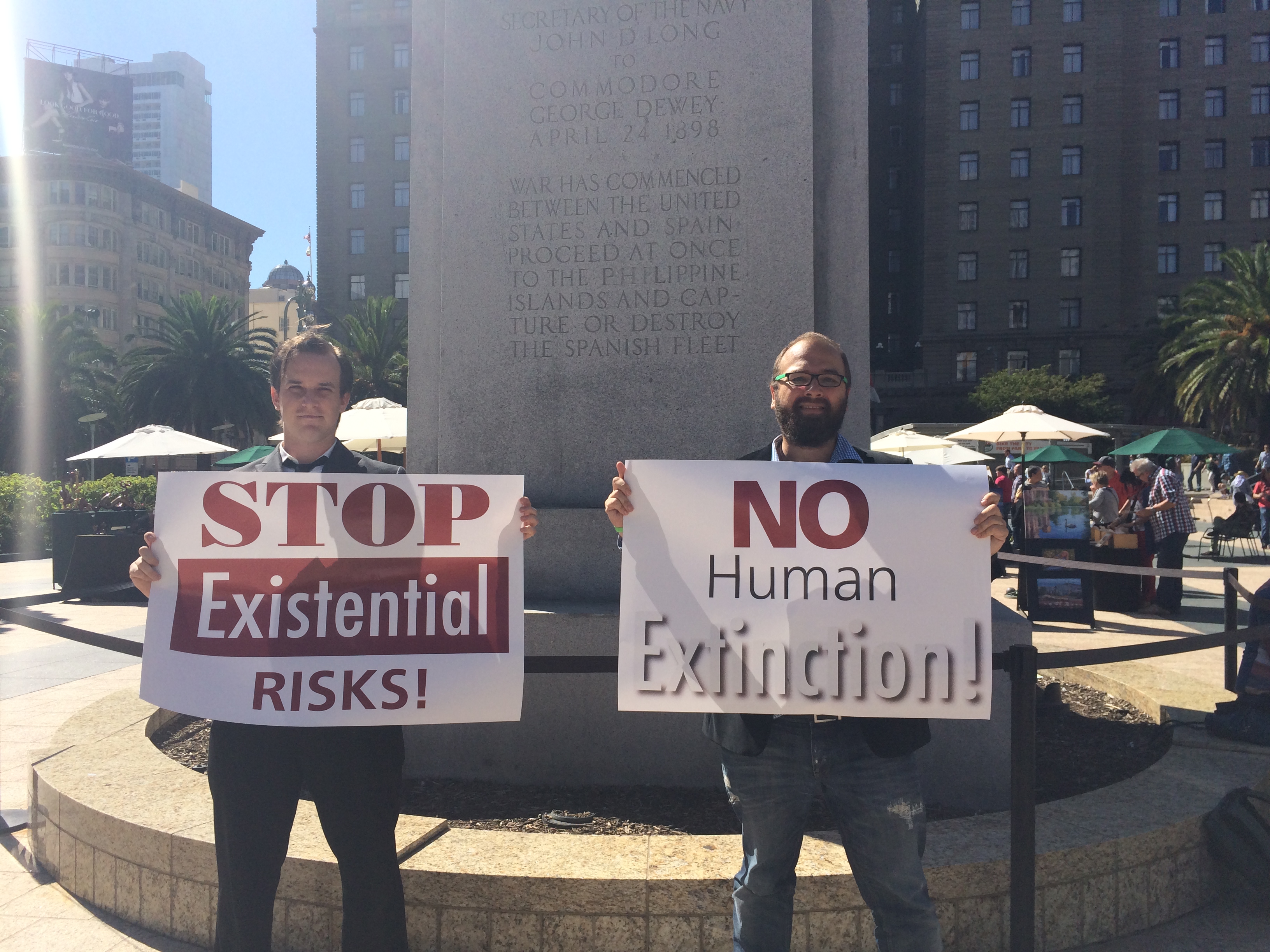