When I first made a board for electronic foot percussion, I played around until I had something that worked. My initial design ( 2013) and my two later iterations ( 2018, 2019) were all built around the idea of attaching a piezoelectric contact microphone to the underside of a piece of wood, and then isolating its vibrations from a base:

I did figure out how to make progressively better ones, with better vibration isolation, which allowed me to have more dynamic range. Still, consistency, range, and mistriggers continued to be major issues.

When you look at commercial beaterless pedals for electronic drum kits, however, they look more like: 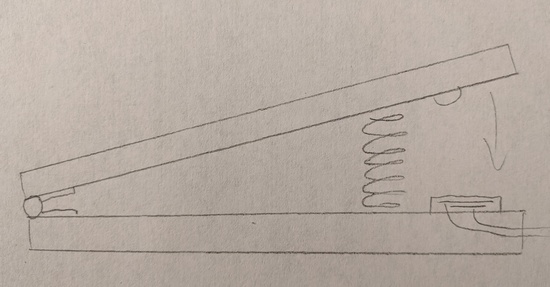 I think I did look at these when designing my initial pedals, but dismissed them because it looked to me like they were optimized for people who came from a background of drum playing. Traditional drum pedals are shaped the way they are primarily to get sufficient travel, and existing drummers are used to that shape. Since my constraints were so different, I didn't really look at how they worked.

What I missed was that having a piece of the instrument that strikes another piece is a great way to get a very consistent input. I instead had designed something where my foot was filling that role, which made it very sensitive to foot placement.

I designed a new pedal:

This pedal works because the top section of wood is springy. When you step on it, the top and the bottom come together with a bit of a click, and the microphone picks that up, allowing the drums to trigger.

I started making one. A piezo looks like this:

I was planning to have the wires on the underside, so I hollowed out some space: 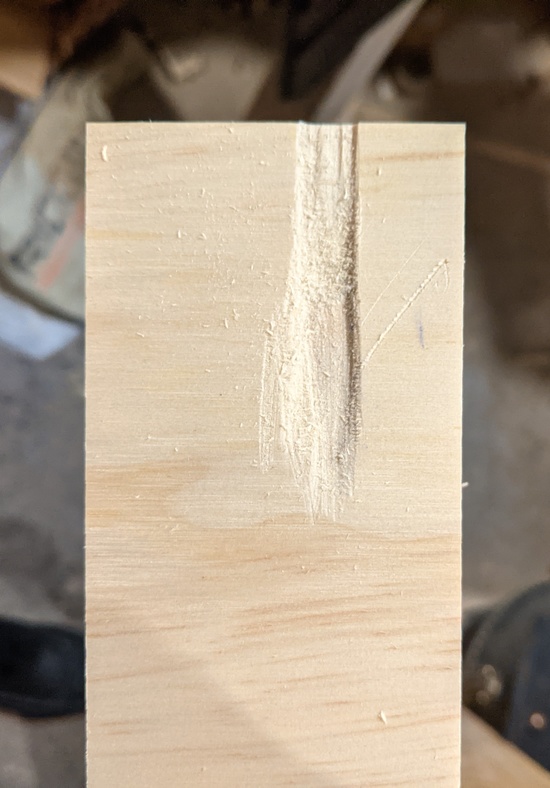 I glued it down:

Testing it out, it worked great! Nice dynamic range. I was pretty happy. I built several more: 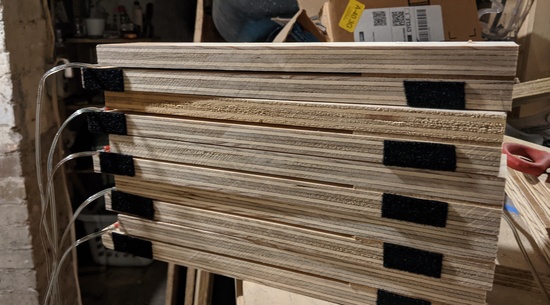 Unfortunately, when I started playing with them I realized that they only lasted about ten minutes. The solder joints, on the underside of the piezo, would crack: 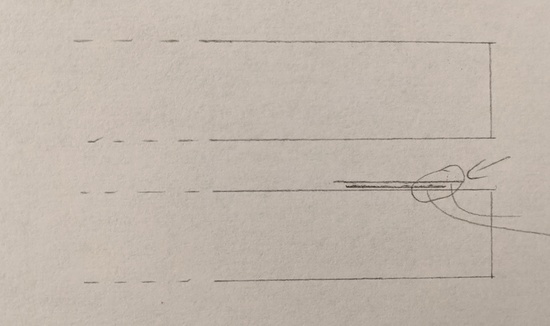 Turns out stamping on things is really demanding.

I was frustrated with myself for building so many before I really knew whether they worked, but scrapped them and designed new ones. This time, the piezo would be the other way up, encased in epoxy. Instead of being hit directly with the upper board, I would put a sorbothane "tooth" to precisely strike the piezo: 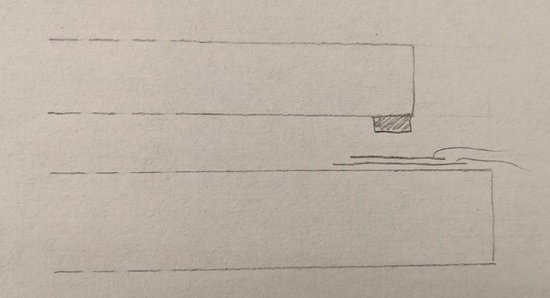 This time I only built one: 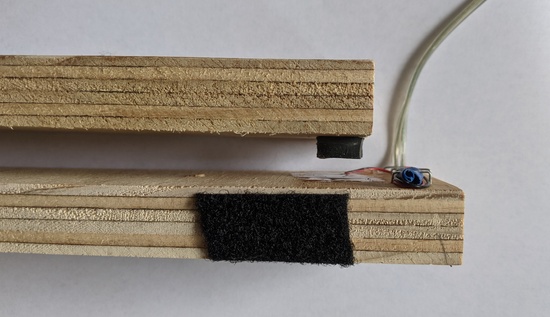 So far, testing it, I'm very happy with it. It has even more dynamic range than my draft, and feels really good. This time, however, I intend to stress test it pretty heavily before making large numbers!