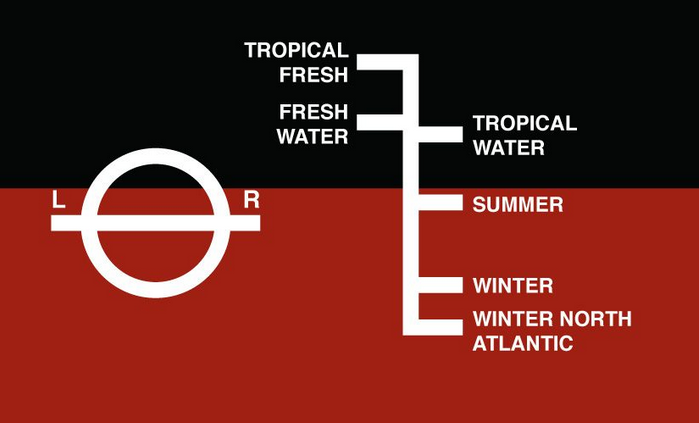 Plimsoll line is a marking where the hull of a ship meets the surface of the water.

I've just read a discussion between Glen Weyl and Scott Alexander about technocracy. It's really hard to figure out what they are actually disagreeing about. My naive understanding is that Weyl may be saying: "When we design mechanisms, we have to pay attention to make them legible to the political class and/or to the general public," and Scott Alexander responding "Sure, but why do you believe the rationalist community to be opposed to the idea?"

And while I have little to add to that discussion - besides maybe adding a case study by pointing out that the gripes that many Europeans have with the European Union seem to be mostly focused on the legibility rather than on the actual performance of the institution - it made me write down couple of thoughts on technocracy that I never bothered to put on paper before.

For the purpose of this article, technocracy, bureaucracy and meritocracy are the same thing: It's a class of people who got their jobs based on their capabilities. The counterpart is the political class, the people who get their jobs based on their political views and/or their loyalty. They may be elected by the public or get selected by a higher-up. I guess there isn't a short word for the latter kind of person, so I'll just go with "political appointee".

Viewed this way, a president or a prime minister are political appointees. So is, say, a director of the tax authority, who may be literally appointed by the prime minister. A head of a department at a ministry may, on the other hand, apply for the position based on a job ad and manage to get hired by passing an interview testing his professional skills. That makes him a technocrat - or bureaucrat, if you will. In the same way, Chinese emperor, even if it sounds weird, is a political appointee and the mandarins are technocrats.

The line tends to be blurry. Even the experts are often hired based on the recommendation of their peers and it's often hard to tell whether a person was hired because they were technically superior or whether they were just buddies with the interviewers.

One way or another, the line seems to objectively exist. It's hard, for example, to think of an organization where the political appointees are at the bottom of the hierarchy and the technocrats on the top. Once again, based on your political views, you may think that this is just a good institutional design, or that the arrangement is an expression of the power struggle in the society, the consequence of the leisure class oppressing the working class.

Now, I am not trying to advocate for any particular institutional design. What I am saying is that the technocratic Plimsoll line phenomenon is a fact of life. As such it can become a subject of research. There are many questions we can ask: What are the mechanics of organizations ending up being structured this way? Are organizations with a higher technocratic Plimsoll line more successful than those filled top to the bottom with political appointees? What kind of interactions happen across the Plimsoll line? How does information flow through the barrier? The results of the research can then serve to inform the policy decisions, or, on the more theoretical side, to be incorporated into the process of institutional design.

Let me finish with few personal observations. I am going to write them down not because I have a lot of confidence in them, but rather to exemplify the kind of thinking that may be relevant to the question of the technocratic Plimsoll line.

Trying to put together my thoughts the next day.

The argument about whether a person should be more political or more technocratic may be besides the point. In organizations and institutions the political layer and technocratic layer tend to be separated. There are people who's job is political, that is to balance the interests of all the stakeholders and decide on what the goals of the organization are. And there are people who's job is technocratic, that is to decide how to achieve those goals. What's more, we probably want it to be that way. There's an inherent conflict of interest between the two roles. If these are merged, technical details of the solution will be used as bargaining chips in the political negotiation, leading to a bad political compromise as well as to a bad technical solution. For an example, see here.