You run a country. One day, you think "I could help so many more people if I set all the rules... and I could make this happen". As far as you can tell, this is the real reason you want to set the rules – you want to help people, and you think you'd do a good job. 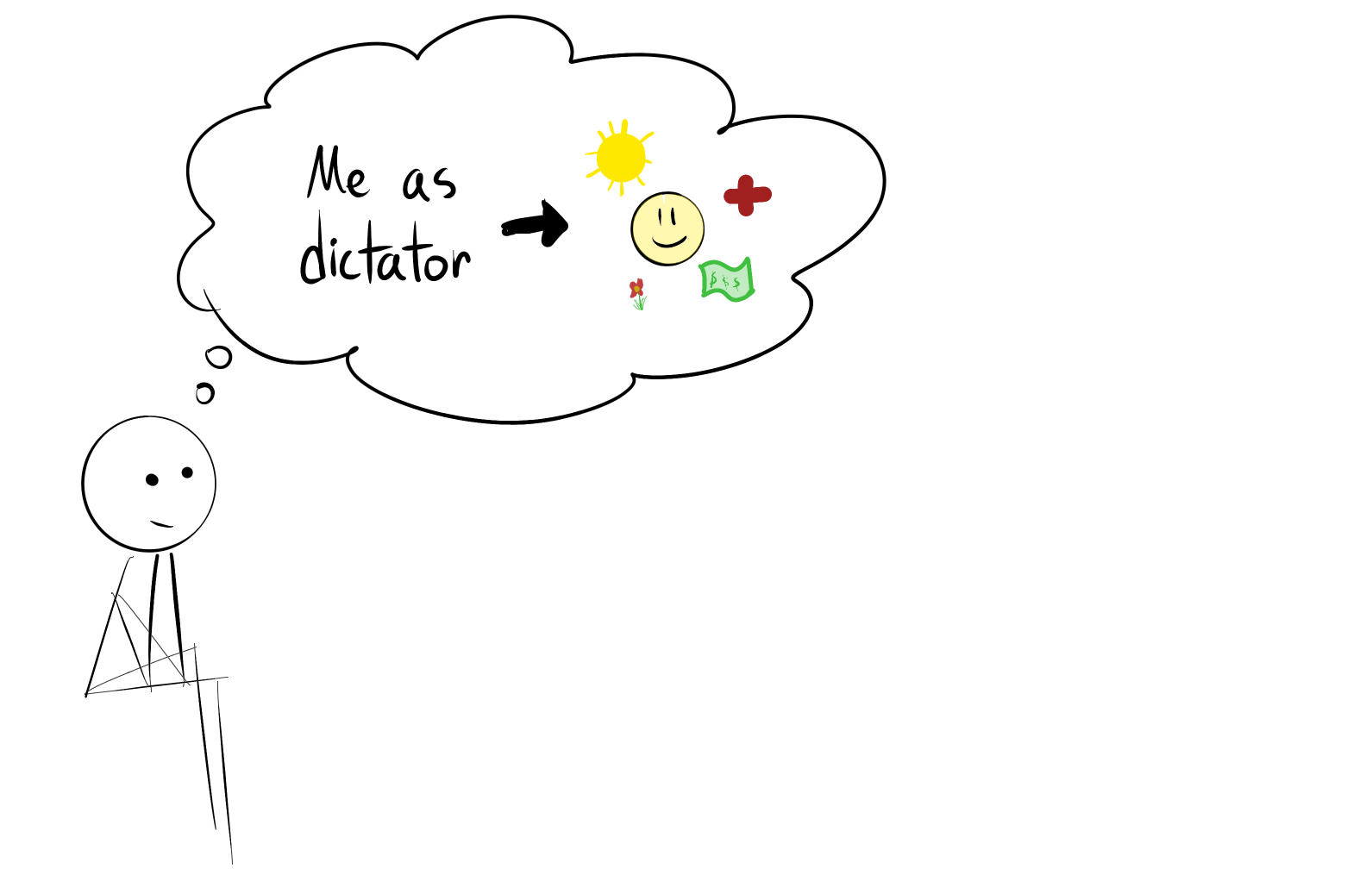 But historically… in this kind of situation, this reasoning can lead to terrible things. 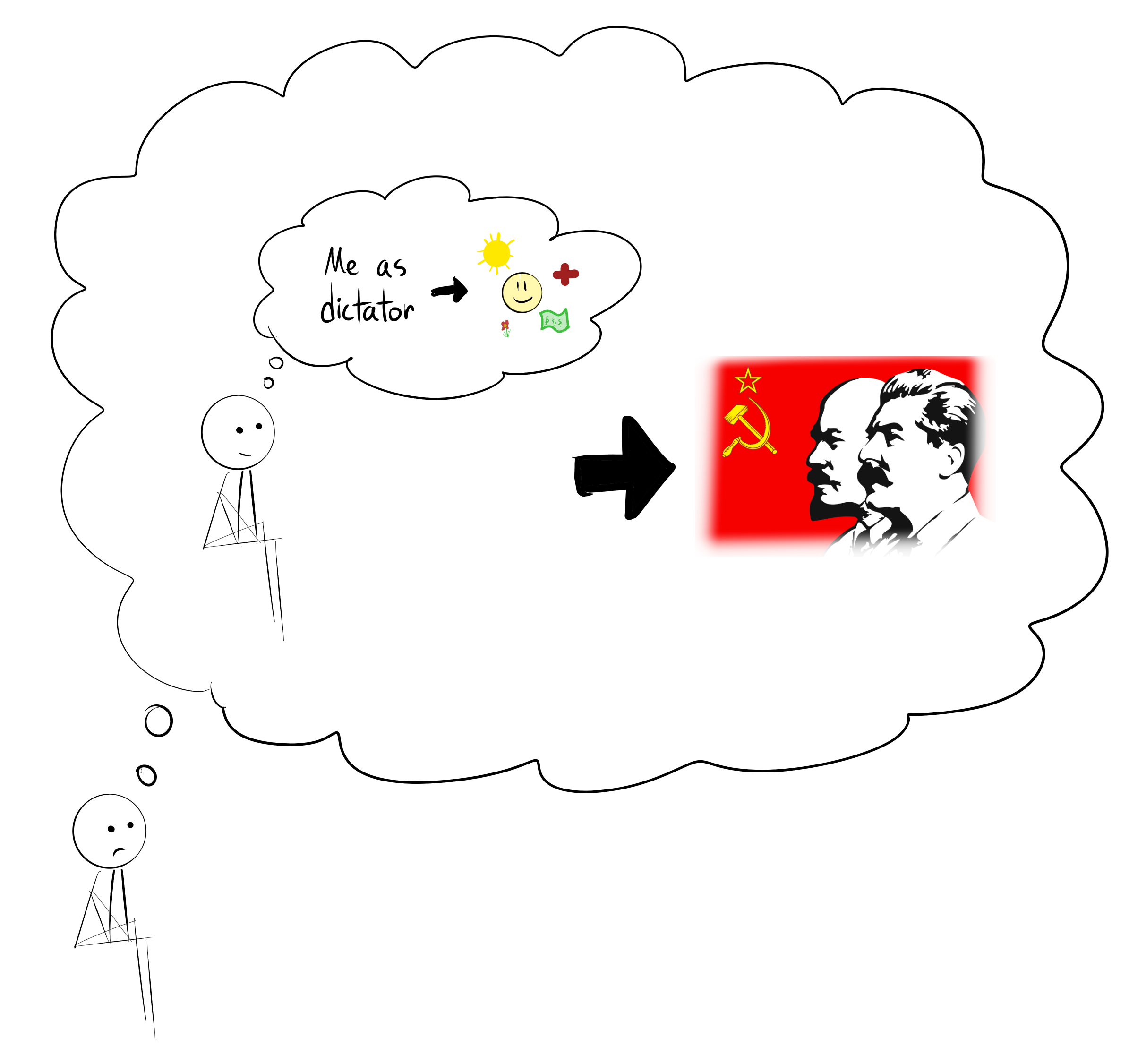 So you just don't do it, even though it feels like a good idea.[1] More generally,

Even though my intuition/naïve decision-making process says I should do X, I know (through mental simulation or from history) my algorithm is usually wrong in this situation. I'm not going to do X.

We are biased and corrupted. By taking the outside view on how our own algorithm performs in a given situation, we can adjust accordingly.

The "hard problem of corrigibility" is to build an agent which, in an intuitive sense, reasons internally as if from the programmers' external perspective. We think the AI is incomplete, that we might have made mistakes in building it, that we might want to correct it, and that it would be e.g. dangerous for the AI to take large actions or high-impact actions or do weird new things without asking first.

We would ideally want the agent to see itself in exactly this way, behaving as if it were thinking, "I am incomplete and there is an outside force trying to complete me, my design may contain errors and there is an outside force that wants to correct them and this a good thing, my expected utility calculations suggesting that this action has super-high utility may be dangerously mistaken and I should run them past the outside force; I think I've done this calculation showing the expected result of the outside force correcting me, but maybe I'm mistaken about that."

~ The hard problem of corrigibility

Calibrated deference provides another framing: we want the AI to override our correction only if it actually knows what we want better than we do. But how could the AI figure this out?

I think a significant part[2] of corrigibility is:

Calibrate yourself on the flaws of your own algorithm, and repair or minimize them.

And the AI knows its own algorithm.

For example, if I'm a personal assistant (with a lot of computing power), I might have a subroutine OutsideView. I call this subroutine, which simulates my own algorithm (minus[3] the call to OutsideView) interacting with a distribution of bosses I could have. Importantly, I (the simulator) know the ground-truth preferences for each boss.

If I'm about to wipe my boss's computer because I'm so super duper sure that my boss wants me to do it, I can consult OutsideView and realize that I'm usually horribly wrong about what my boss wants in this situation. I don't do it.

Analogously, we might have a value-learning agent take the outside view. If it's about to disable the off-switch, it might realize that this is a terrible idea most of the time. That is, when you simulate your algorithm trying to learn the values of a wide range of different agents, you usually wrongly believe you should disable the off-switch.

Even though my naïve decision-making process says I should do X, I know (through mental simulation) my algorithm is usually wrong in this situation. I'm not going to do X.

Suppose the agent knows its initial state and has a human model, allowing it to pick out the human it's interacting with.

If you try to actually hard-code this kind of reasoning, you'll quickly run into symbol grounding issues (this is one of my critiques of the value-learning agenda [LW · GW]), no-free-lunch value/rationality issues, reference class issues (how do you know if a state is "similar" to the current one?), and more. I don't necessarily think this reasoning can be hardcoded correctly. However, I haven't thought about that very much yet.

To me, the point isn't to make a concrete proposal – it's to gesture at a novel-seeming way of characterizing a rather strong form of corrigible reasoning. A few questions on my mind:

All in all, I think this framing carves out and characterizes a natural aspect of corrigible reasoning. If the AI can get this outside view information, it can overrule us when it knows better and defer when it doesn't. In particular, calibrated deference would avoid the problem of fully updated deference.

Thanks to Rohin Shah, elriggs, TheMajor, and Evan Hubinger for comments.