Towards an empirical investigation of inner alignment

I recently wrote a post [AF · GW] detailing some concrete experiments that could be done now to start learning interesting things about inner alignment. The goal of that post was to provide an overview of a bunch of different possible proposals rather than go into any single proposal in detail.

The goal of this post, on the other hand, is to actually sketch out a more complete proposal for the single experiment I would most want to be done now, which is to provide a definitive empirical demonstration of an inner alignment failure.[1] Furthermore, I have tried to make this post as accessible as possible for someone with only a machine learning background so as to facilitate people being able to work on this without having read the entirety of “Risks from Learned Optimization.” Additionally, if you’re interested in working on this, definitely reach out to me either in the comments here or at evanjhub@gmail.com, as I’d love to help out however I can.

Inner alignment fails when your capabilities generalize but your objective does not [AF · GW].

That seems a bit cryptic, though—what do I actually mean by that? Well, consider a maze-solving agent trained to get to the end of mazes of the following form: 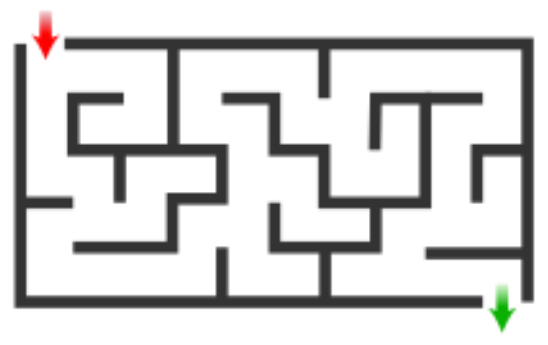 Then, I want to know how it will generalize on the following larger maze with an interesting twist where the green arrow that marked the end has now been moved to a different position: 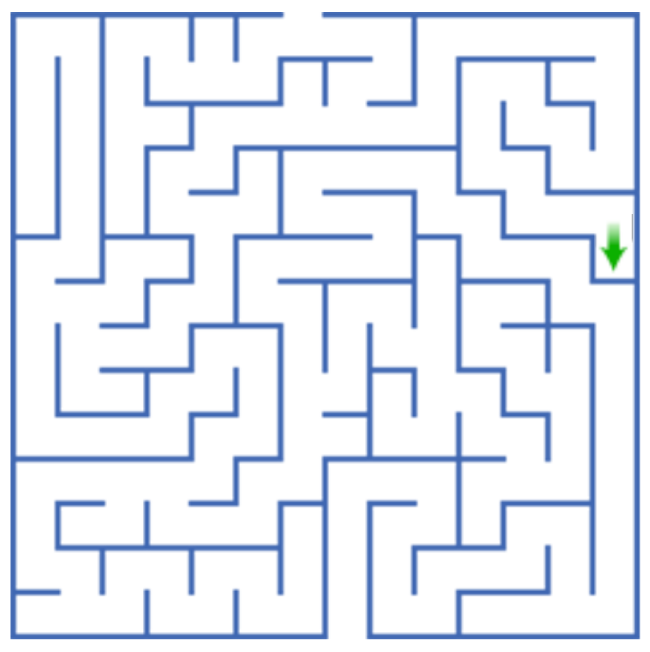 In this situation, there are a couple of different ways in which your model could generalize:

The reason I think this last situation is particularly concerning—and in a very different way than the first failure mode of complete generalization failure—is that it raises the possibility of your model taking highly-competent well-optimized actions towards a different objective than the one you actually intended it to pursue.

Of course, this raises the question of why you would ever expect a model to learn a proxy like “find the green arrow” in the first place rather than just learn the actual goal. But that’s where empirical investigation can come in! I have some hypotheses about the sorts of proxies I think models like this are likely to learn—namely, those proxies which are faster/easier-to-compute/simpler/etc. than the true reward—but those are just hypotheses. To put them to the test, we need to be able to train an agent to concretely demonstrate this sort of capability generalization without objective generalization and start measuring and understanding the sorts of proxies it tends to gravitate towards.

I believe that it should be possible to demonstrate capability generalization without objective generalization in current ML systems. This is definitely a questionable assumption—to the extent that good cross-domain generalization at all is currently beyond our reach, one might expect that you also wouldn’t be able to get this sort of perverse generalization. I am less pessimistic, however. To make this happen, though, there’s going to be two components that you’re definitely going to need:

That being said, I think there’s a danger here of demonstrating something too trivial: if you train on empirical performance according to some reward function r that you specifically set up to be exactly equivalent to some other reward function r′ on the training data, then you shouldn’t be that surprised if you generalize according to r′ rather than r. In some sense, I think it’s fine if that’s the primary takeaway—I think a good portion of the problem I want to point to is contained just within that observation—but I want to demonstrate that this phenomenon doesn’t just appear in artificial environments where r and r′ are explicitly constructed to be indistinguishable. Thus, I think it’s important to pick an environment that’s natural enough to be able to demonstrate that this sort of a problem isn’t isolated just to very artificial scenarios.

Another important property is going to be the ability to actually know what the likely proxies are for our agent to latch onto—if there are too many proxies, then we might not be able to determine what proxy it’s using at test time such that we wouldn’t be able to produce a clear demonstration.[2] Thus, though we want our environment to be diverse enough that it contains lots of different proxies for the true reward, we also want to ensure that the possible alternative proxies are obvious enough that we can actually test for them by coming up with test environments in which they come apart from the true reward.

Another property that—while not strictly necessary—would be nice to have in our environment would be proxies which allow us to test some of my hypotheses regarding what sorts of proxies models will be more likely to pay attention to. For example, I have hypothesized that models will gravitate towards proxies that are 1) easier for the model to optimize for and 2) simpler to specify in terms of the model’s input data. Thus, an ideal environment would be one that included some proxies which we could demonstrate did or did not satisfy those properties and see if the model does in fact systematically gravitate to the ones that do.

Finding an environment that satisfies all of these properties is likely to be far from trivial, and I suspect would end up being a significant portion of any project of this form. I suspect that the right way to do this would probably be to use some sort of physics sandbox. That being said, there are also other possibilities too including more complex environments such as Minecraft as well as simpler environments such as a gridworld. While I can provide lots of examples of the sorts of environments I’m envisioning here, I think the right thing to do is just to have a tight empirical feedback loop in terms of testing and iterating on lots of different environments (though I think you could probably do all of that iteration just in the physics sandbox setting).

I think architecture is also going to be really important to getting something like this to work. In particular, for you to get capability generalization without objective generalization, you have to have a model which is doing some sort of internal search such that it actually has an objective that can fail to generalize.[3] I think there is good reason to believe that many modern architectures (LSTMs, Transformers, etc.) might just be able to do this by default—though I am not that confident in that assertion, and I think it might also be necessary to make some changes to make this possible. However, I am optimistic that at least some forms of capability generalization without objective generalization can be demonstrated in current models.

In particular, some forms of capability generalization without objective generalization seem easier to demonstrate in current models than others. For example, two common forms of this which I think are important to distinguish between are the side-effect case and the instrumental case.

In the side-effect case, the reason that r and r′ are identified during training is that r′ has the side-effect of increasing r—that is, r′ increasing causes r to increase. As an example, imagine a cleaning robot where r is the cleanliness of the room and r′ is the number of times the room is swept. In this case, the two proxies of cleanliness and times swept are identified because sweeping the room causes the room to become cleanlier.

Alternatively, in the instrumental case, r and r′ are identified because the best strategy for maximizing r′ is to maximize r—that is, r increasing causes r′ to increase. For example, in the cleaning robot case where r is the cleanliness of the room, r′ might be the amount of dirt in the dustpan. In this case, the two proxies are identified because cleaning the room causes there to be more dirt in the dustpan.