Sorry, but I can't let this metaphorical world be destroyed.

In Honoring Petrov Day on LessWrong, in 2020 [LW · GW], Ben Pace [LW · GW] explains that during Petrov's Day (ie. today), 270 people will have received an email giving them a launch code they could use to bring down LessWrong for a day. Here's how the website looked like: 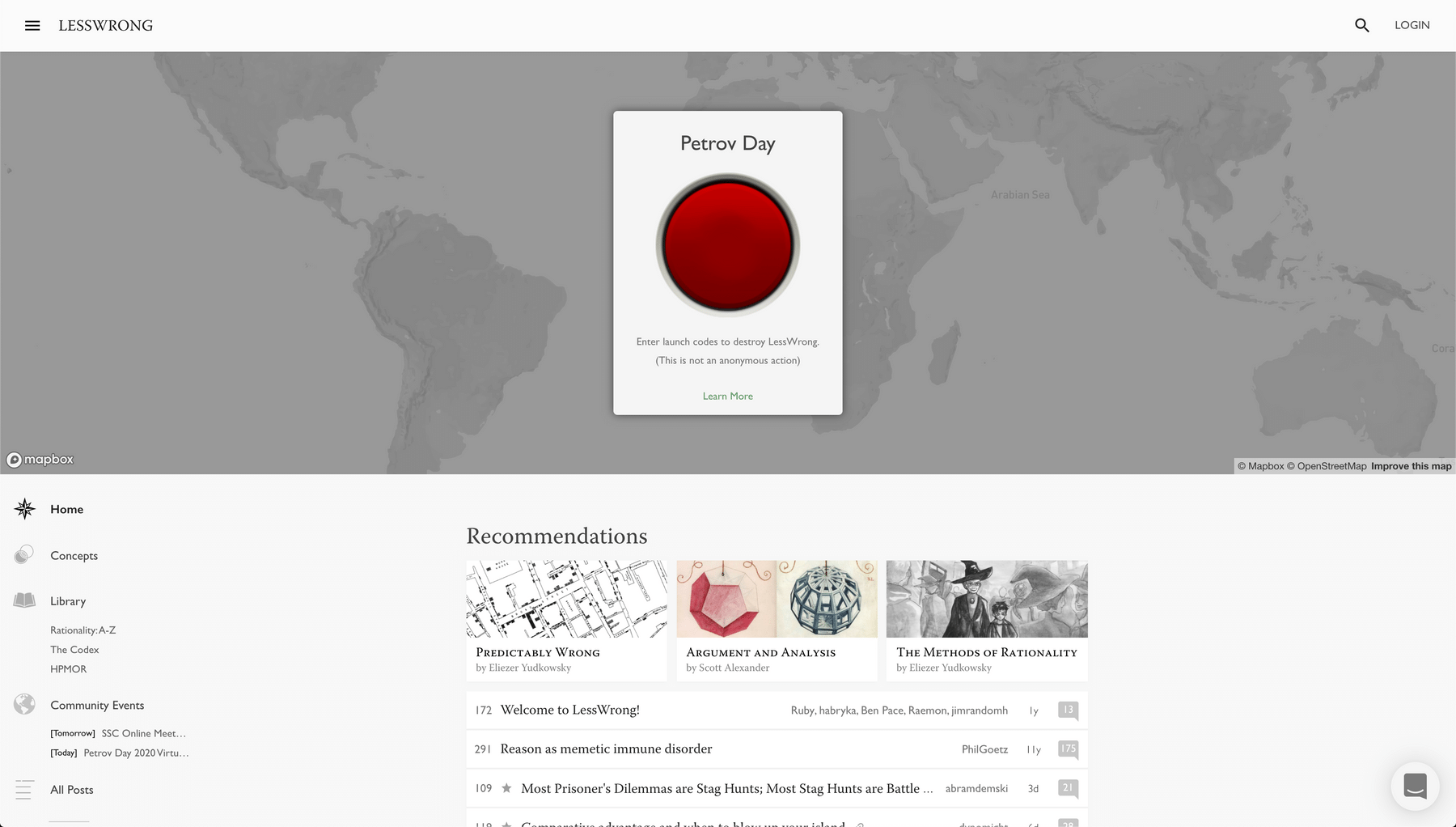 At 7:37 EST, Neel Nanda posted that the site was already down. 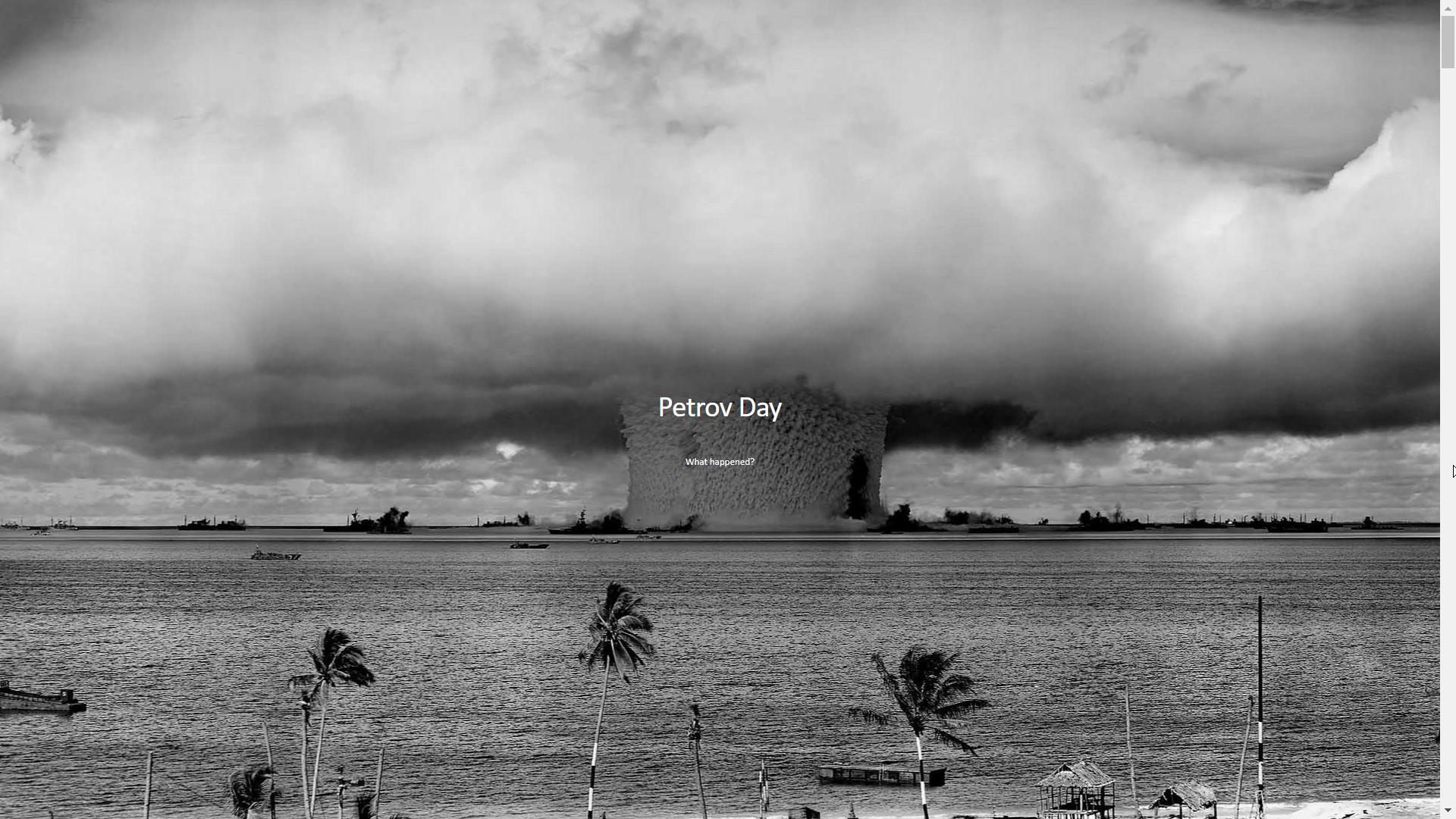 Sorry, I got tricked:

You are part of a smaller group of 30 users who has been selected for the second part of this experiment. In order for the website not to go down, at least 5 of these selected users must enter their codes within 30 minutes of receiving this message, and at least 20 of these users must enter their codes within 6 hours of receiving the message. To keep the site up, please enter your codes as soon as possible. You will be asked to complete a short survey afterwards.

We failed at preventing the launch, but it's not over.

There's an image preventing access to the main page. To remove it, create a bookmark with any name, and put as the bookmarked URL:

Then go on https://lesswrong.com and click the bookmark to remove the image.

Living through the winter

I would say SlateStarCodex, but it already got its real world Petrov Day caused by the New York Times. People from SlateStarCodex now hangout at https://www.reddit.com/r/slatestarcodex/.

Recovering from a backup

Here's how Gwern archives websites: https://www.gwern.net/Archiving-URLs. I used to use http://www.webcitation.org/comb to massively archive a list of scraped article URLs, but I'm not sure if it still works.

Metaphor for: a backup on Mars (h/t Vanessa Kosoy [LW(p) · GW(p)]) and a moon-based backup

And making your own back-up is a metaphor for prepping.

It seems hard to avoid admins seeing this post today, but we can still try. The LessWrong team is: Ben Pace, Jim Babcock, Oliver Habryka, Raymond Arnold, Ruby Bloom. When sharing on Facebook, choose the sharing option "Friends except...". (EtA: Raymond said it wasn't them that sent the email, so nevermind that part.)

But overall, better to overshare this post than undershare it.

Most people failing to go on LessWrong will be redirected to the Petrov Day post, so upvote my comment [LW(p) · GW(p)] there so it gets at the top for people to see.

Increase the social penalty for pressing the button.

For the in-person events, I don't re-invite button-pressers to future Petrov ceremonies. That's something I had decided after it happened. Similarly, I will also decide after the fact here.

I'll set a reminder to prepare more for next year ^_^