Predictive Coding has been Unified with Backpropagation

There is just one problem: BNNs are physically incapable of running the backpropagation algorithm.

We do not know quite enough about biology to say it is impossible for BNNs to run the backpropagation algorithm. However, "a consensus has emerged that the brain cannot directly implement backprop, since to do so would require biologically implausible connection rules"[1].

The backpropagation algorithm has three steps.

The backpropagation algorithm requires information to flow forward and backward along the network. But biological neurons are one-directional. An action potential goes from the cell body down the axon to the axon terminals to another cell's dendrites. An axon potential never travels backward from a cell's terminals to its body.

Predictive coding is the idea that BNNs generate a mental model of their environment and then transmit only the information that deviates from this model. Predictive coding considers error and surprise to be the same thing. Hebbian theory is specific mathematical formulation of predictive coding.

Predictive coding is biologically plausible. It operates locally. There are no separate prediction and training phases which must be synchronized. Most importantly, it lets you train a neural network without sending axon potentials backwards. 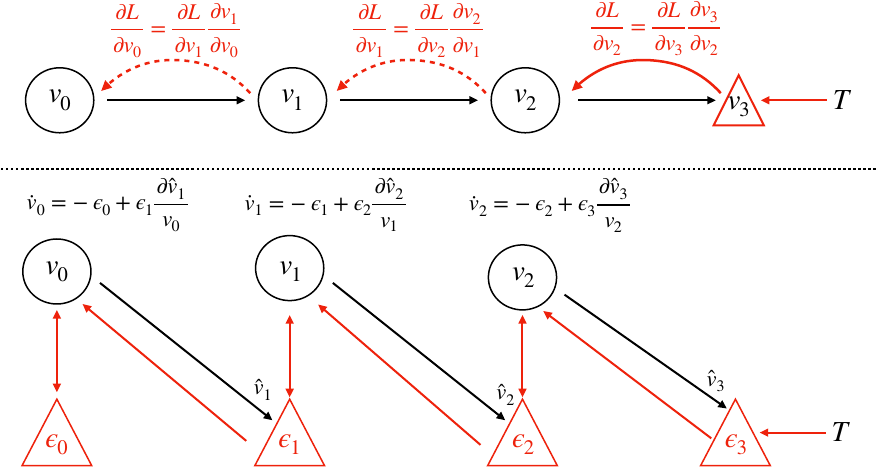 There are two big implications of this.