Let's say you're considering moving your nonprofit out of the Bay Area, and are considering somewhere in the Hudson Valley, perhaps near Peekskill NY. Looking at CDC maps it seems like Lyme is something to consider: 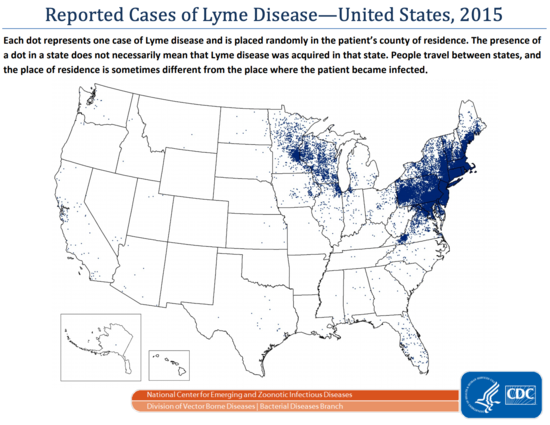 The dots are close enough together in the Northeast, however, that this map implies more uniformity than there actually is. Several years ago I made a map, coloring each county by Lyme incidence 1992-2011, and the Hudson Valley is really pretty bad: 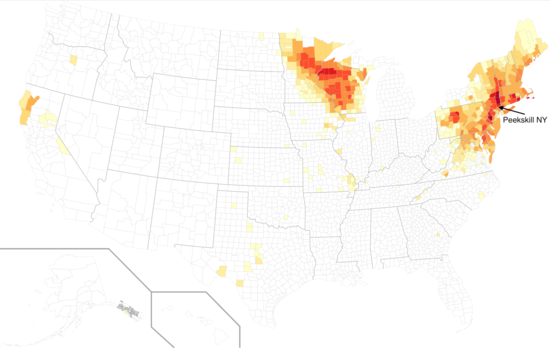 What do things look like with more recent data? I went back to the CDC site and downloaded their public use dataset. It has annual cases by county, 2000-2018. Peekskill is in the far North-West corner of Westchester County, surrounded by Putnam, Orange, and Rockland. Even though it is in Westchester, so much of the Westchester population is farther South that my guess is Putnam is probably a better proxy?

Taking population data from the census, here's the annual rate for each county: 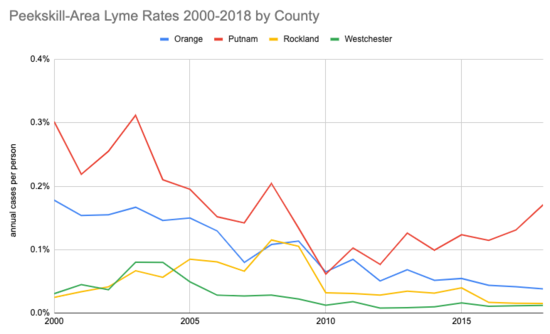 Mostly this makes me sad that no one has decided to manufacture the FDA-approved Lyme vaccine LYMErix, whose patent expired in 2014.

(I would like to update my map with this new data, but there are artifacts I need to look into first.)