thesimplestexplanation on Covid 4/22: Crisis in India

Summer. Seasonal change doesn’t make sense because infections ought to go down, not up.

AFAIK seasonality works different in the tropics. It's worst in the rainy season.

Complete breakdown of society on the scale of a civil war. If this happened I would have heard about it.

Weren't there religious & political events that may have contributed?

I predict with 98% confidence that the exponential growth is caused by a new strain,

Yes I came across this graph 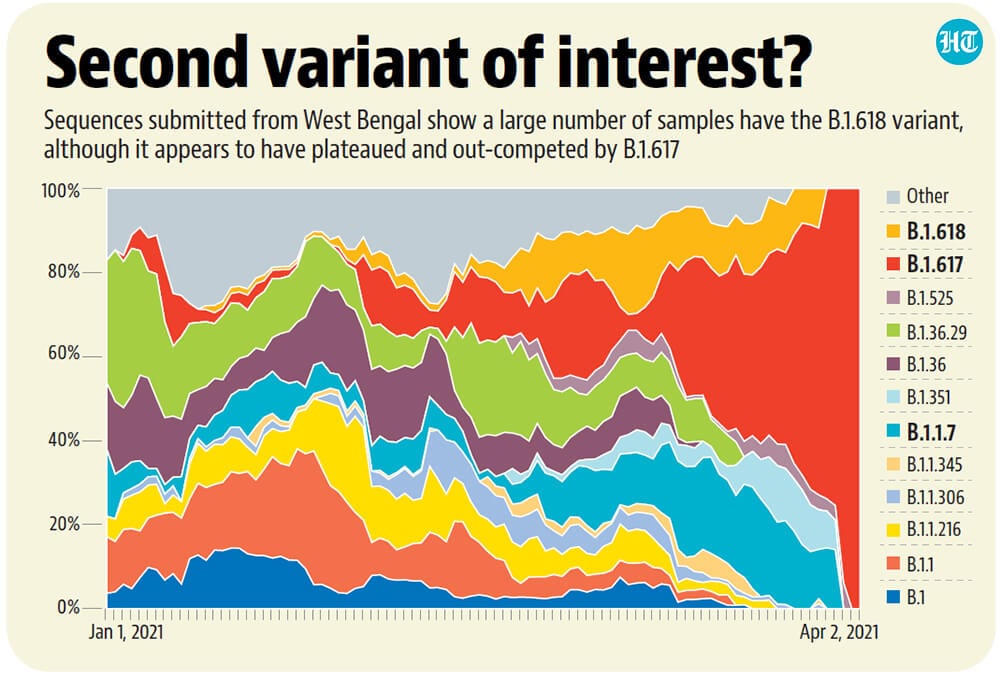 trismegistus on On Option Paralysis - The Thing You Actually Do


My answer to last question: working to my fucking exams. It's my main task, it should be. No, it's not important to check grammarly correctness of "working to". I'm not native english speaker and probably I will never understand how works gerunds and infinitives in this shitty language... I'm gonna go to my main task now, and whoever are reading this comment, you should do the same thing too dude. Turn off your phone, NOW


The reason to be explicit is to be able to handle control flow.

The datasets aren't dependent on each other, though some of them use the same input parameters.

If your jobs are independent, then they should be scheduled as such. This allows jobs to run in parallel.

Sure, there's some benefit to breaking down jobs even further. There's also overhead to spinning up workers. Each of these functions takes ~30s to run, so it ends up being more efficient to put them in one job instead of multiple.

Your errors would come out just as fast if you ran check_dataset_params() up front.

So then you have to maintain check_dataset_params, which gives you a level of indirection. I don't think this is likely to be much less error-prone.

The benefit of the pass-through approach is that it uses language-level features to do the validation – you simply check whether the parameters dict has keywords for each argument the function is expecting.

A good way to increase feedback rate is to write better tests.

I agree in general, but I don't think there are particularly good ways to test this without introducing indirection.

Failure in production should be the exception, not the norm.

The failure you're talking about here is tripping a try clause. I agree that exceptions aren't the best control flow – I would prefer if the pattern I'm talking about could be implemented with if statements – but it's not really a major failure, and (unfortunately) a pretty common pattern in Python.


The historic popularity of socialism has been brought up as an argument for epistemic modesty. It's important to take into account the historic broadness of the term "socialism." This wasn't the entire intellectual class collectively jumping for centrally planned economies created by a vanguard party. Socialism has included a wide variety of schemes that weren't capitalism inc. mutualism (market economy but with worker's coops), guild socialism (high medieval city economy except modern tech), anarchocommunism (everyone lives in a decentralized network of kibbutzim, basically) and "libertarian communism" (planned economy but decentralized). Heck, Benjamin Tucker, ideological ancestor of modern anarcho-capitalists, considered himself a socialist because he believed the best economy for workers would be a laissez faire market economy. Like this was a bunch of different ideas on how to change society, most (if not all) of which wouldn't have worked, but many of which would have likely failed far more gracefully. For example, socialisms that were voluntaryist, nonviolent and/or gradualist. Mutualism isn't that improbable of a model, like, modern worker's coops exist in our economy and they function and have high worker's satisfaction rates. I don't think it's that far-fetched that the world would be a better place if they were the primary or exclusive form of corporation. A world where Proudhon won the argument at the first international and all the historic energy that went towards Marxist-Leninism went to founding worker's coops and credit unions would have been quite a bit better and such a history branch wasn't that improbable. And many socialists at the time of Lenin decried Leninism (Rosa Luxemburg), correctly predicted that it was going to go to shit(Bertrand Russell and Emma Goldman), and even lead rebellions (Kronstadt Rebellion). This isn't me saying socialism is good, this is me saying historic intellectual support for "socialism" is complicated and not as homogeneous as it may look initially.

maxra on What Multipolar Failure Looks Like, and Robust Agent-Agnostic Processes (RAAPs)


I was reminded of the central metaphor of Acemoglu and Robinson's "The Narrow Corridor" as a RAAP candidate:


They wouldn't be random linear combinations, so the central limit theorem estimate wouldn't directly apply. E.g. this circuit transparency work basically ran PCA on activations. It's not immediately obvious to me what the right big-O estimate would be, but intuitively, I'd expect the PCA to pick out exactly those components dominated by change in activations - since those will be the components which involve large correlations in the activation patterns across data points (at least that's my intuition).

I think this claim is basically wrong:

And to the extent that we expect the activations to change at all, we no longer have reason to think that this linear system is a good approximation of SGD.

There's a very big difference between "no change to first/second order" and "no change". Even in the limit, we do expect most linear combinations of the activations to change. And those are exactly the changes which would potentially be useful for transfer learning. And the tangent kernel not changing does not imply that transfer learning won't work, for two reasons: starting at a better point can accelerate convergence, and (probably more relevant) the starting point can influence the solution chosen when the linear system is underdetermined (which it is, if I understand things correctly).

(I also did a quick google search for transfer learning with NTKs. I only found one directly-relevant study, which is on way too small and simple a system for me to draw much of a conclusion from it, but it does seem to have worked.)

BTW, thanks for humoring me throughout this thread. This is really useful, and my understanding is updating considerably.

yegreg on Where are intentions to be found?


This is not super tightly related, but seems worth mentioning because it's interesting.

There's an interesting result in Quantum Field Theory called the Reeh-Schlieder theorem, which can be interpreted to mean that any open spacetime region contains the information of all of spacetime. So in principle you could know the past and future of the whole universe by watching a toe for any small amount of time, although this knowing refers to quantum information, and even then this seems entirely impractical due to some exponential decays.

tkpwaeub on How to Make Your Own Vaccine Passport (if you're in the U.S.)


Right. My hope is that this is where legal aid societies and civil liberties organizations might find common cause with this approach, and offer their assistance. The point is that these are federally guaranteed rights that states can't actually take away (thanks to the 14th Amendment).

I'm going to talk about how this might "bootstrap" in a subsequent blog.

Meta: I'm going to start commenting this on posts I move from LW to AF just so there's a better record of what moderation actions I'm taking.

Normal technologies require (1) people who know how to use the technology, and (2) people who decide to use the technology. If we're thinking about a "real-deal AGI" that can do pretty much every aspect of a human job but better and cheaper, then (1) isn't an issue because the AGI can jump into existing human roles. It would be less like "technology deployment" and more like a highly-educated exquisitely-skilled immigrant arriving into a labor market. Such a person would have no trouble getting a job, in any of a million different roles, in weeks not decades. For (2), the same "real-deal AGI" would be able to start companies of its own accord, build factories, market products and services, make money, invest it in starting more companies, etc. etc. So it doesn't need anyone to "decide to use the technology" or to invest in the technology.

Regulation will slow things down

I think my main disagreement comes from my thinking of AGI development as being "mostly writing and testing code inside R&D departments", rather than "mostly deploying code to the public and learning from that experience". I agree that it's feasible and likely for the latter activity to get slowed down by regulation, but the former seems much harder to regulate for both political reasons and technical reasons.

The political is: It's easy to get politicians riled up about the algorithms that Facebook is actually using to influence people, and much harder to get politicians riled up about whatever algorithms Facebook is tinkering with (but not actually deploying) in some office building somewhere. I think there would only be political will once we start getting "lab escape accidents" with out-of-control AGIs self-replicating around the internet, or whatever, at which point it may well be too late already.

The technical is: A lot of this development will involve things like open-source frameworks to easily parallelize software, and easier-to-use faster open-source implementations of new algorithms, academic groups publishing papers, and so on. I don't see any precedent or feasible path for the regulation of these kinds of activities, even if there were the political will.

Not that we shouldn't develop political and technical methods to regulate that kind of thing—it seems like worth trying to figure out—just that it seems extremely hard to do and unlikely to happen.

Overestimating the generality of AI technology

My own inside-view story (see here for example [LW · GW]) is that human intelligence is based around a legible learning algorithm, and that researchers in neuroscience and AI are making good progress in working out exactly how that learning algorithm works, especially in the past 5 years. I'm not going to try to sell you on that story here, but fwiw it's a short-ish timelines story that doesn't directly rely on the belief that currently-popular deep learning models are very general, or even necessarily on the right track.